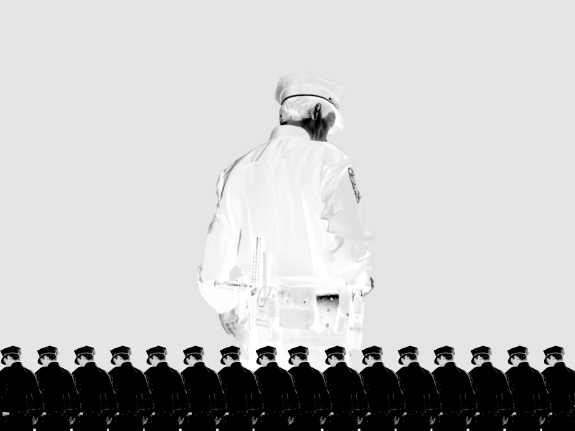 On a sweltering Monday in late June 2015, the city council in Charlotte, North Carolina, met to discuss, among other items in a seven-hour marathon, how to carry out a controversial new approach to predicting police misconduct. Opinions were divided, and the discussion was tense. One council member was afraid of “upsetting the troops.” A second called the use of data about individual police officers an invasion of privacy. In response, another said, “I’m always a fan of third parties looking over our shoulder.”

Finally, Kerr Putney, soon to be sworn in as Charlotte’s new police chief, got up to reassure the council. He spoke about the need to “balance public need versus what officers may want.” He seemed to persuade several members.

“So it won’t be used for retribution?” one asked. “Absolutely not,” Putney replied.

Minutes later, the council voted to work with a group of data scientists to develop a sophisticated system for predicting when cops will go bad. These researchers, part of the White House’s Police Data Initiative, say their algorithm can foresee adverse interactions between officers and civilians, ranging from impolite traffic stops to fatal shootings. Their system can suggest preventive measures — an appealing prospect for police departments facing greater scrutiny and calls for accountability. Two other large departments — the Los Angeles County sheriff and the Knoxville police — have signed on to use the research to develop new systems, and several other agencies have expressed interest. The scientists hope their method can serve as a template for stopping police misbehavior before it happens.

Many police departments have early warning systems — software that tracks each officer’s performance and aims to forecast potential problems. The systems identify officers with troubling patterns of behavior, allowing superiors to monitor these cops more closely or intervene and send them to counseling.

The researchers, a mixed group of graduate and undergraduate students working together at the University of Chicago with backgrounds in statistics, programming, economics and related disciplines, are trying to build a better kind of early warning system. They began their task last summer with a request from the Charlotte-Mecklenburg Police Department: Predict when police officers would participate in adverse interactions with civilians.