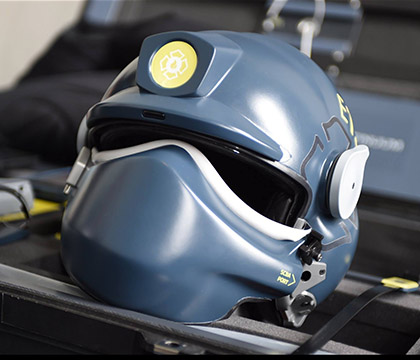 AUDREY, the Assistant for Understanding Data through Reasoning, Extraction and sYnthesis, is part of the Department of Homeland Security’s Next Generation First Responder program, an initiative meant to develop new ways to keep first responders safe through enhanced situational awareness and communication through data.

The AI has the ability to “track an entire team of firefighters, sending relevant signals to individuals while helping make recommendations for how they could work together,” stated a NASA news release.

AUDREY would sync with sensors worn by first responders to give department officials a high-level overview of a fire scene, mass-casualty incident or disaster zone. The idea is to create a map of the situation that includes crucial information like the GPS location of emergency personnel on the ground, temperature differences between rooms and the presence of dangerous chemicals or biohazards.

“When first responders are connected to all these sensors, the AUDREY agent becomes their guardian angel,” said Edward Chow, the manager of Jet Propulsion Laboratory's Civil Program Office and AUDREY manager. “Because of all this data the sensor sees, firefighters won’t run into the next room where the floor will collapse.”